Sometimes just one Value axis is not enough! Of course that observation is only true if your data demands a second axis. Our example data for this tutorial pertains to the average temperature and rainfall in London across the 12 calendar months of a year. The temperature is depicted in Celsius and the rainfall is in millimeters. What you should note carefully is that the value range of temperature spans between 30 and 70, whereas the range for rainfall is in between 0 to 12 (approximately). A chart that results from this data doesn’t live up to the comparison — it’s almost like comparing apples and oranges — we are comparing items that cannot be compared! 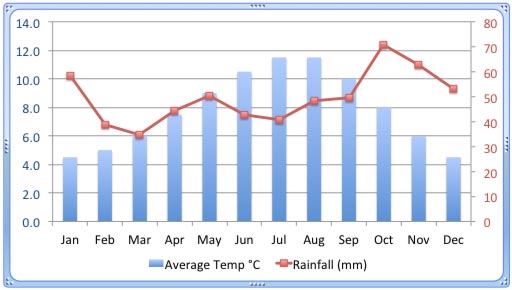 Learn how to add a Secondary Value axis to charts in PowerPoint 2011 for Mac.

« A Dozen Ways To Be A Confident Speaker: by Sandra Schrift