OK, the title of this post is missing an important word, but I won’t tell you about the missing word right away. First, let us remember Hans Rosling, who passed away on February 7th 2017, at the age of 68. He was an amazing speaker, and his TED talks have been viewed many times. He was also known for his non-profit organization, Gapminder, which he founded with his son Ola and daughter-in-law Anna. Hans Rosling played with data by literally moving data with his hand gestures in fascinating ways.

And that’s the topic of today’s post. Fellow MVP, Nolan Haims created this amazing tribute video, in which he also shares a Rosling-inspired PowerPoint technique.

I put forth some questions to Nolan:

Geetesh: Nolan, what inspired you most about Hans Rosling?

Nolan: The thing that continually inspired me (and probably most people) about Hans Rosling was his unbridled enthusiasm and passion for data and being able to bring it to life visually to tell a story.

Geetesh: What was your Eureka moment like when you realized that you could create Hans Rosling like charts with PowerPoint’s Morph transition?

Nolan: I have for a while been breaking charts apart for various reasons including breaking bubble charts apart to make use of the proportionally sized circles. As soon as Morph was introduced, I immediately tried it out on charts and was disappointed to learn that it only really worked on shapes. But then I quickly thought that if you could turn a chart into shapes, Morph would work. A couple of quick tests later I was morphing bubble charts. Interestingly, it is harder to break apart simpler charts like bar and columns into separate shapes to do something similar with them, but I’m working on it…

And that’s the reason I mentioned that the title is misleading. It should have read, “Animate Fake Bubble Charts in PowerPoint with Morph!” 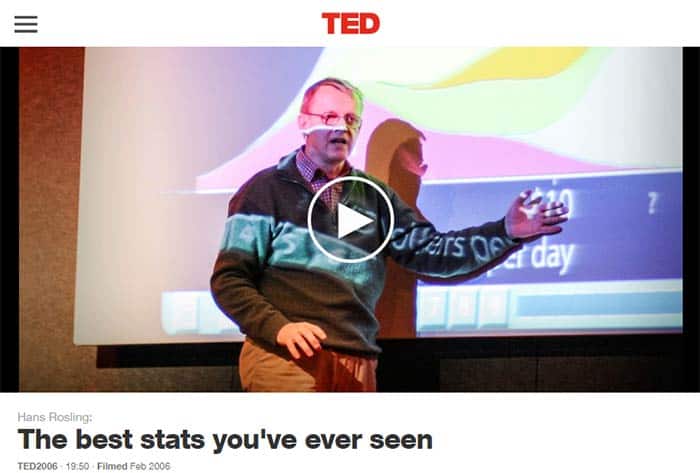 See Also: Talk Like a Rosling: Conversation with Rob Dysell

Picture Layouts in PowerPoint 2016 for Windows »