Ingrid Mengdehl is a Senior Designer at BrightCarbon, a presentation and eLearning agency. Originally from an animation background, she stumbled into PowerPoint almost by accident and hasn’t looked back ever since. She’s passionate about good design, engaging animations, and thinks Morph is pretty amazing. When not making presentations, Ingrid can be found in the dark corners of a theatre, making sets and fixing things with gaffer tape, and even sometimes dabbling in projection mapping.

In this conversation, Ingrid talks about her session at the upcoming Presentation Summit 2020, being held virtually this year from August 10 to 13, 2020.

Indezine.com is the official media partner for the Presentation Summit.

Geetesh: You are delivering a session called Six Principles of Animation at this year’s virtual Presentation Summit. Tell us more about this session, and what takeaways the audience can expect?

Ingrid: I first encountered the Twelve Principles of Animation when I started my animation degree. It’s a set of rules outlined by Disney animators Ollie Johnston and Frank Thomas in the book The Illusion of Life: Disney Animation (1981), but it’s now widely used throughout the animation industry from feature films to motion graphics. Originally aimed at character animation, the principles are there to help animators create engaging and more lifelike sequences. It’s not just about how things look like, but also how things interact with their environment (there’s a surprising amount of physics involved!).

Heaps of articles online detail the principles (from timing to overlapping actions), but it’s not always easy to see how they can be translated into animating in PowerPoint. This isn’t surprising when most PowerPoint users only open the program at work and would rightly ask “What’s a bit of squash and stretch got to do with my CAGR graph!?”

So, what is this session about? I’ve picked the six most useful principles and will show you how they can be weaved into your presentations with some amazing examples. For each principle, we’ll go through a business-oriented application, and then a more flashy one, because we all like to impress people with our PowerPoint skills (I know I do).

Want a sneak peek? Here’s an example of how to bring life to a graph with some secondary action, or below, how to hack PowerPoint animations to add some squash and stretch to a 3D model.

Geetesh: What do you think about PowerPoint’s animation capabilities? Are they overrated or underrated? And what can a beginner wannabe animator do to perfect his or her PowerPoint animation skills?

Ingrid: If you’d caught me about 8 years ago and tried to convince me that you could animate in PowerPoint, I probably would have laughed (I was an After Effects gal back then). But the truth is, PowerPoint is an incredibly versatile piece of software, and the capabilities for animation are endless. Contrary to most animation software, PowerPoint’s interface is straightforward and simple to grasp, and so it doesn’t take long to get to a comfortable level.

For someone just starting, I would definitely recommend reading blogs about tips and tricks (we’ve got quite a few on our website), but mostly, go and try it all out. Trial and error remains the best way to learn in PowerPoint (and everywhere else!). Another thing I did a lot when I started working in PowerPoint was to replicate cool visuals I saw on TV or on the internet. “How would I do this in PPT?” became a bit of a catchphrase and led to some “interesting” experiments. You find out what works and what doesn’t, but mostly how to get around limitations. For people starting with the most recent versions of PowerPoint, there’s the added bonus of Morph, which is absolutely fantastic. It definitely kicked the animations capabilities up a notch. All in all, I think the main thing is to go and have fun with it.

What is the Presentation Summit? 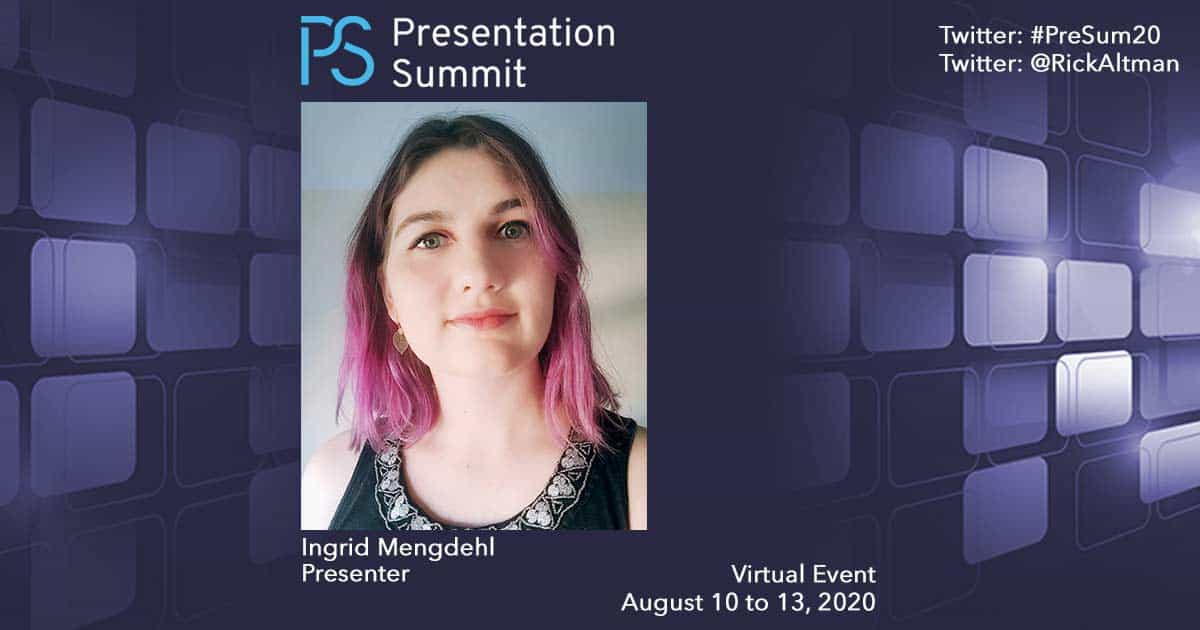 For nearly two decades, Rick Altman has been hosting the Presentation Summit, a highly popular event that is geared towards users of PowerPoint and other presentation platforms.

Indezine.com is the official media partner for the Presentation Summit.