Comparing the Speaking Style of Liz Truss and Boris Johnson

Comparing the Speaking Style of Liz Truss and Boris Johnson

Moral authority to lead is often earned through being a good speaker. In the US Presidential system approval ratings always get a substantial bounce after the media deems something an impressive speech. In the UK it’s no different. Even in this era of spin, misinformation and half-truth, we cannot resist the blandishments of words skillfully put together and delivered. 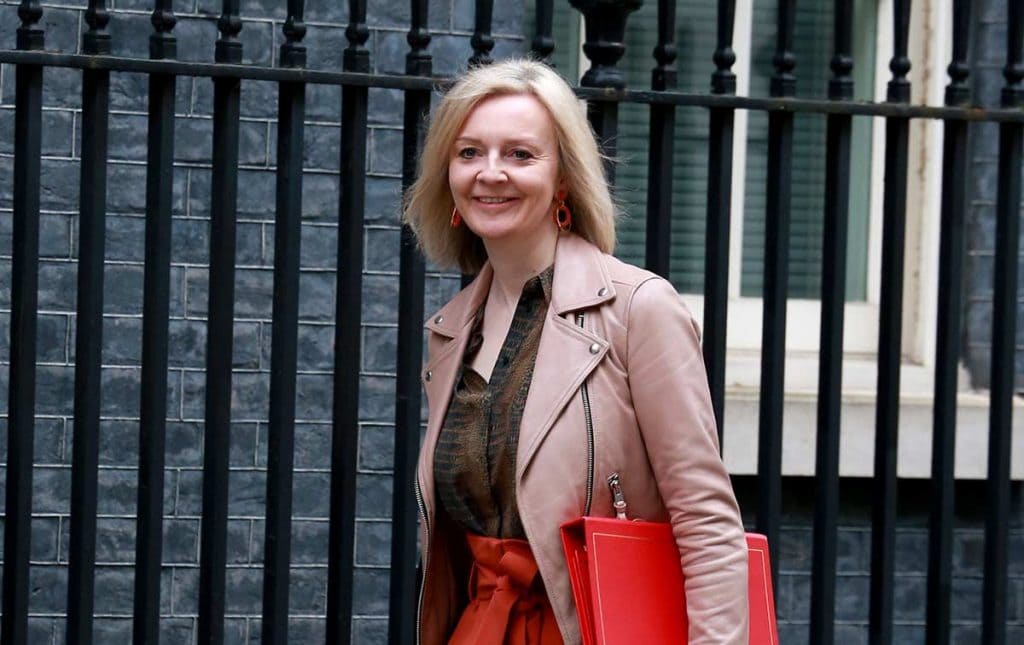 Liz Truss has won the Conservative leadership contest and is now UK Prime Minister. This means we will all be seeing a lot more of her on the daily news, both giving speeches and standing at the dispatch box for Prime Minister’s Questions.

As a member of Toastmasters, a public speaking club, I have given countless speech evaluations in which verbal feedback is provided to the speaker. Let’s analyze the new PM’s speaking style and compare it to her predecessor’s.

Much has always been made of Boris’s disheveled, shabby demeanor, and the way he slightly stoops when he speaks. Whether this is a calculated ‘contrived insouciance’, or the real deal, generally much of Boris’s personality serves to demonstrate that he is an outsider to formal structures, breaking protocol and flouting political correctness (though ironically of course he had a very Establishment upbringing).

In contrast, Liz Truss has a very upright posture and looks the epitome of rectitude. She is earnest and plain speaking and seems to want to convey a serious statesmanlike image. On one of the recent TV debates, she wore a blue trouser suit, leading to accusations that she seeks to emulate former Prime Minister Margaret Thatcher.

Johnson’s confidence and blarney are clearly center stage. He uses a wide range of humor; self-deprecating or subtly self-aggrandizing, to deflect criticism . He frequently uses hyperbole, alliteration, florid metaphors and sometimes flaunts his classical education. His Peppa Pig digression during a CBI speech was widely reported as odd but creates headlines and is part of the Pratfall Effect where calculated mistakes aim to build rapport with his base. His famous riposte to Tony Blair who urged the British people to rise up and resist Brexit was to tell the British people to rise up and turn off the TV when Tony Blair came. Classic Boris.

Liz Truss uses humor much more sparingly and she doesn’t seem to take to it easily. She joked about her penchant for Claire’s Accessories in the leadership debate, but it felt out of her comfort zone. You wonder how she will cope at the dispatch box over the next couple of years. She may surprise us with her adaptability. Given the focus on policy, facts and absence of self-reference, humor and irony, we can safely say that she is less of a showman than her predecessor.

Boris Johnson is known for the animated nature of his gestures; he swivels his body round and shakes his frame to emphasize his points and often uses the classic closed fist movement to emphasize points. He is also not above finger-pointing in seeking to land his major points.

In her first speech as Foreign Secretary at the 2021 Tory Party Conference, Liz Truss did not once move her hands above the lectern. It may be that that was what was required in that first speech. However, in the leadership debates against Rishi Sunak, Truss was seen placing both hands out in front of her outstretched and shaking them quite emphatically. This gave a sense of passion, but overusing these gestures can betray an impression of exasperation and even of losing control. Not great for someone in such a pressured leadership position.

Boris Johnson has a Home Counties accent and appears to be bumbling along slightly garbling his words, this being a style which confirms his roguish persona. He then suddenly raises to a crescendo of mock indignation. He speeds up, rattling off phrases and/or invective to ram his point home. It is worth remembering that Johnson debated at Oxford and that helped forge a combative style. This controlled irascibility, with a detached, ironic stance is redolent of Churchill whom Johnson idolizes.

Liz Truss is more monotone in her speaking style, injects less emotion into her voice and looks less energized in general. When she modulates her voice, it is quite restrained and never quite hits the highs. Those who have previously worked with her suggest that her voice has dropped in pitch and has also slowed down. Truss has occasional attentional blinks where she seems unsure of what she is saying though, to date, she has recovered quickly.

Greek philosopher Aristotle in his famous book Rhetoric, says Of the modes of persuasion furnished by the spoken word there are three kinds (ethos, pathos, logos). The first kind depends on the personal character of the speaker; the second on putting the audience into a certain frame of mind; the third on the proof, provided by the words of the speech itself.

If you compare two speeches, Boris Johnson’s on being voted in as Prime Minister in Summer 2019 and Liz Truss’s first speech on being appointed Foreign Secretary in September 2021, they are very different. The Truss speech focused very much on the policy headlines and what sets out what she intends to do. Johnson’s, on the other hand, was much more focused on a personal appeal and paying tribute to those who campaigned for his candidature and promising to steal all of Jeremy Hunt’s ideas. Boris employs oodles of pathos and humor. He plays the buffoon and then satirizes that image to curry favor. Currently, Liz Truss does not employ humor or pathos.

Boris Johnson, whatever you might think of him, will be a hard act to follow. He’s a very charismatic speaker with good stage presence and a recognizable persona. He knew how to deliver a speech by using humor, gestures, and vocal variety.

As pointed out by Sam Leith, in the book You Talkin’ to Me? linguists talk about the phenomenon of ‘accommodation’ – how all speakers adapt their language to fit into a speech community.

British politicians since the 1960s have sought to pander to the mainstream by ‘dropping class’ – hence, Tony Blair using glottal stops and David Cameron was mocked for referring to himself as ‘Dave’. Johnson does this more slyly by playing a bumptious public schoolboy. But Boris Johnson’s use of rhetoric was always quite polarizing. As Leith writes, “That has continued to be the central complaint against rhetoric ever since: that it gives the plausible ignoramus or the self-interested dissembler – the knave or the fool – power over the good and the wise”.

Nevertheless, by cultivating a loveable rogue schtick, Johnson built a strong personal brand. Liz Truss is less distinctive.  She has yet to fully develop a signature style. To her credit she has publicly conceded that she isn’t ‘the slickest of presenters’ (perhaps to garner sympathy and support).  Is the British public tired of the constant blarney and obfuscation from a PM eventually forced to resign in the wake of a corruption scandal? Does it wants more seriousness from its leaders? If so, it could mean Liz Truss’s straightforward earnestness is an advantage. We may see her playing up the plain speaking rather than playing to the gallery as Johnson did.

We will doubtless see the Truss style evolve as she takes up the challenge of her role.

Chris Arning is a member of Toastmasters International, a not-for-profit organization that has provided communication and leadership skills since 1924 through a worldwide network of clubs. There are more than 400 clubs and 10,000 members in the UK and Ireland.