Nigel Holmes at the Presentation Summit 2015

Nigel Holmes at the Presentation Summit 2015

After delivering an amazing keynote session during the Presentation Summit 2011 in Austin, Nigel Holmes returned to this conference to present the first keynote of the conference in New Orleans in September 2015.

Nigel began by asking everyone to place a card that had a printed smiling lip over their lips — he then clicked a picture of the audience! He then shared a humorous video about cheese and how cheese brings up romantic feelings!

Yes, that was humorous. Speaking of humor, Nigel talked about humor, good humor, good feelings, and feelings — and then emotions.

Nigel then shared a quote:

Your intellect may be confused, but your emotions never lie to you.
– Robert Ebert

The best way to connect with people is to make them smile — not really laugh but just smile.

Humor has a close connection to human emotion.

Nigel then explained how you can save yourself from being eaten by an alligator. He certainly used a visual to explain this concept. Now, making fun about how you can save yourself from an alligator while you are within the alligator — that may not appear to be too funny to some people! As Nigel added:

But — and it’s a big, heavy “but”, this is not trivializing information as some purists may fear.

Sometimes, these situations may lead to unexpected results. A particular scientist was upset when his research was being presented as a cartoonish visual. He was offended that humor was being used with his work. He complained, “You are making fun, you are making fun of my life’s work!” But then, after the visual was published, he had a different opinion. He said, “Now my colleagues can see and understand better what I have been doing all these years!” And yes, the scientist said “thank you”!

Humor is not convincing others to be funny, but to be approachable.

He then quoted Confucius:

Nigel then asked everyone to do the paralysis test. He showed a hand poster from the New York Times. He asked the audience to notice that the size of the hand on that page was essentially many times larger than an actual human hand. Why was it larger? To explain this reasoning better, Nigel asked 6 attendees to come forward and participate in a small exercise. 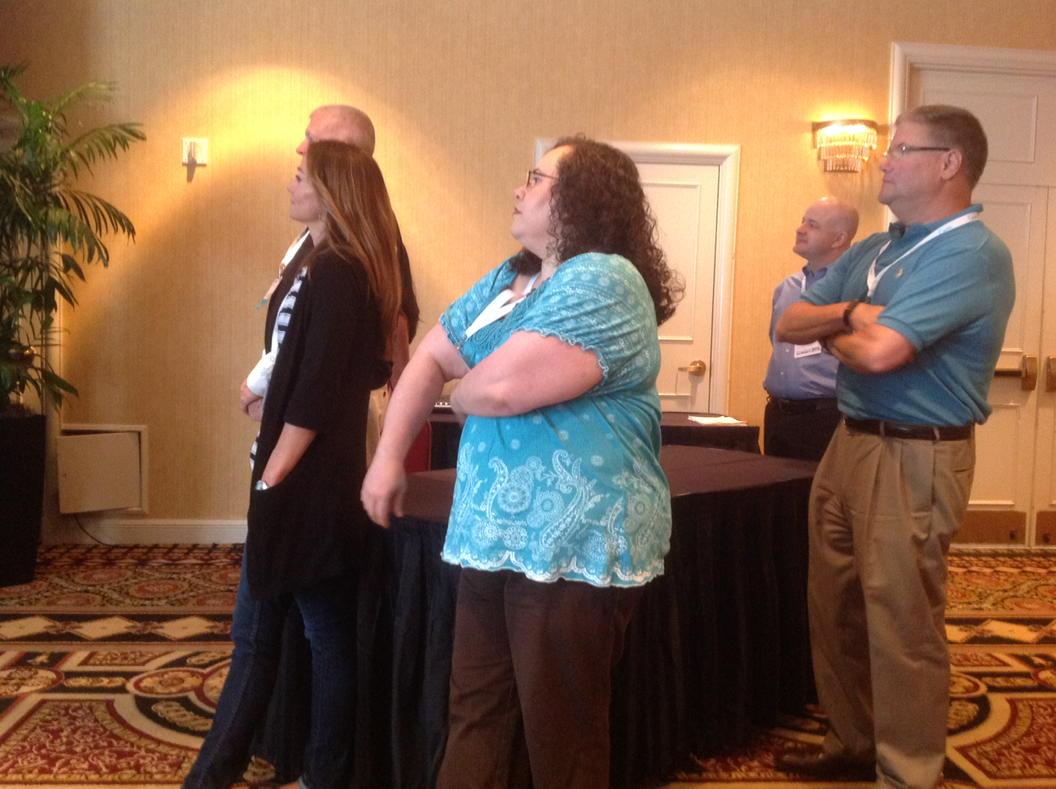 He showed them three pictures:

First, they were shown a picture of the facade of the hotel in New Orleans. He then also showed a picture of the Lascaux caves in France, from around 16,000 years ago. Finally, he showed a picture of the Chauvet caves in France, from around 32,000 years ago. Nigel then remarked that paintings were not too different 16,000 and 32,000 years ago. So that must have been one long art movement!

Nigel used exercises for the participants to make these differences obvious. 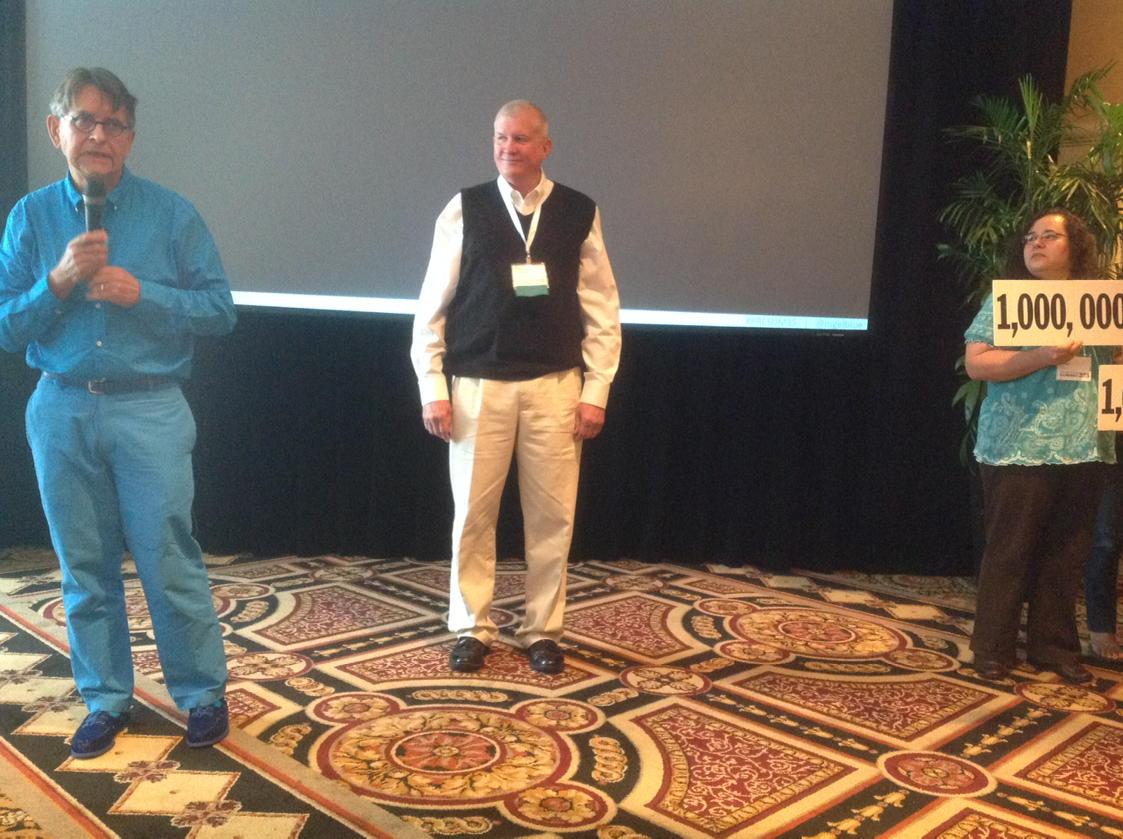 He also explained differences between a byte and zettabyte. So why this talk about millions, billions, and trillions — or even a discussion about bytes and zettabytes? That’s because everything relates to context. This context explains and makes one understand better. Context also lets you visualize.

Getting back to context — and talk about millions and billions, Nigel opened up bundles of dollar notes — he actually had a million dollars! Were they real? Let’s leave that to your imagination and get to the context part now! So a million dollars, when stacked above each other in wads would go up a little higher than 3 feet. A billion dollars would be twice the height of the Empire Sate Building. And a trillion dollars may take us somewhere in space? 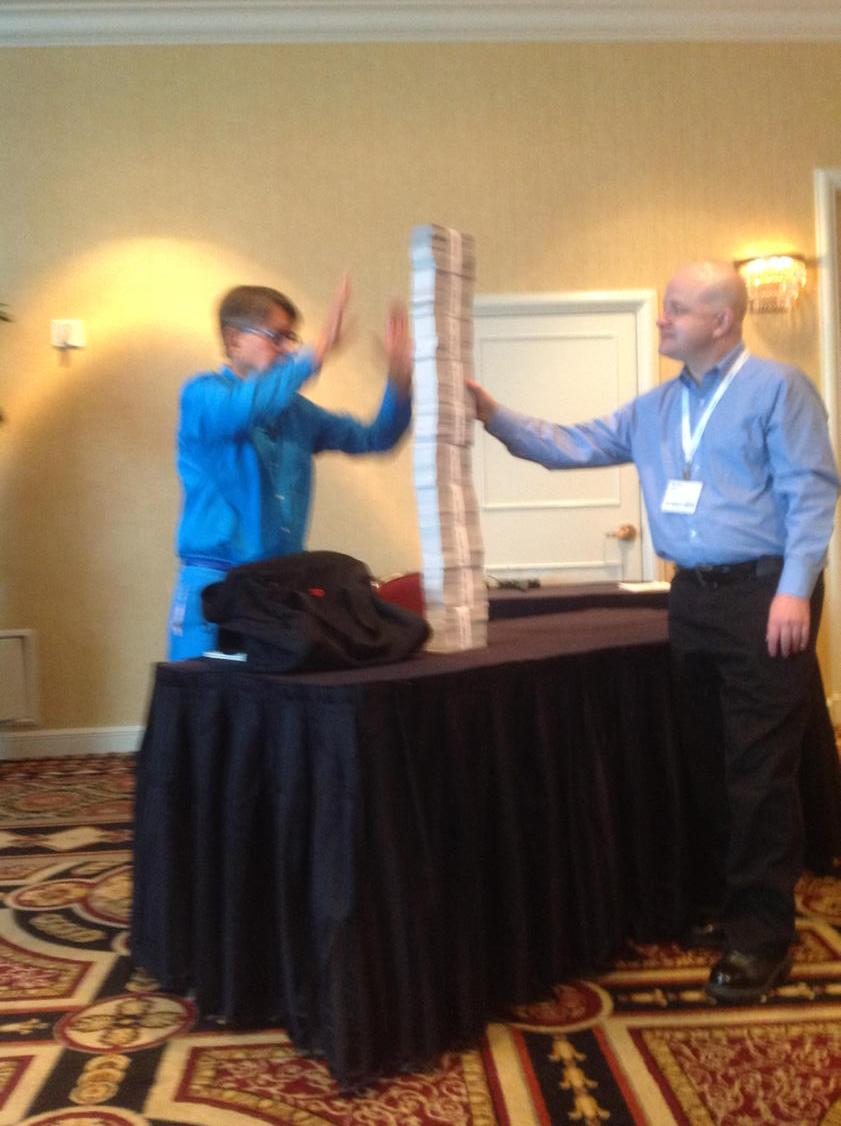 Nigel then showed a visual of the moon. He compared the size of the moon to the size of USA or Australia. Nigel also showed a context based graphic that wondered how large other planets in the solar system would be if the earth was the size of a cherry tomato?

Context helps bring out the sizes of things and their relations.

You understand something better when it is compared to something you know.

Leave space — the eye can fill in space. Space creates a method to show something that’s important and directs the eye.

The key to a great information graphic is editing. Editing is not the same as simplifying. In fact, the word clarify is better than simplify.

Simplification means eliminating the unnecessary so that the necessary may speak.
– Hans Hofmann

We cram in too much stuff into the spaces we are given.

It’s just not graphics, toothbrushes are complicated too! Pie charts may be a no-no now — but here’s a pie chart of a pyramid.

Looking at seemingly different images relaxes the mind. When we see different things, we relax. May be that’s why guitarists make those strange faces? Nigel then spoke about a rainbow pencil that was made with paper of different colors. Sharpen the pencil and you will end up with lovely shavings as a result. Nigel then showed a gift from his grandson, a carrot sharpener. He then actually used the sharpener to create shavings from the carrot — he gifted me one! 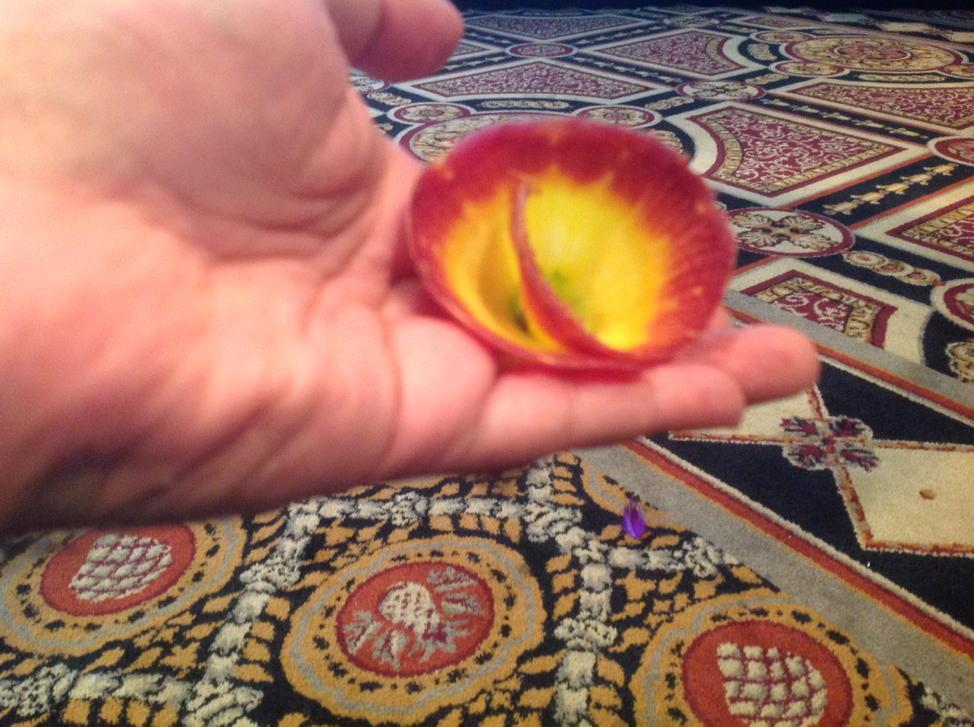 Nigel ended by paraphrasing whatever was explored in his keynote session, as shown in this slide below. Nigel Holmes moved to America in 1978 to work for Time Magazine. He became graphics director and stayed there for 16 years. Despite academic criticism, he remains committed to the power of pictures and humor to help people understand otherwise abstract numbers and difficult scientific concepts, whether in print or in presentations.

« Ribbon and Tabs in PowerPoint 2016 for Windows