Chantal Bossé created this amazing PowerPoint calendar template, and she teamed up with another PowerPoint MVP, John Wilson to make this happen. You can get this template free, and use it to create calendars quickly! Another PowerPoint MVP, Steve Rindsberg shows us how you can take annoying UPPERCASE text in some templates, and restore them to default, normal text.

PowerPoint 2016 users on Windows will love to learn some customization. What if you could reorder and remove Ribbon tabs, and add some custom groups of commands to your Ribbon tabs? And did you know that PowerPoint 2013 and even newer versions have a toggle option to use the mouse and Touch controls? And if you use PowerPoint 2016 on Mac, do you know how many views you have? Nine views is the answer! And if that wasn’t enough for this week, make sure you do not miss the quotes, press releases, and templates released in the last seven days. 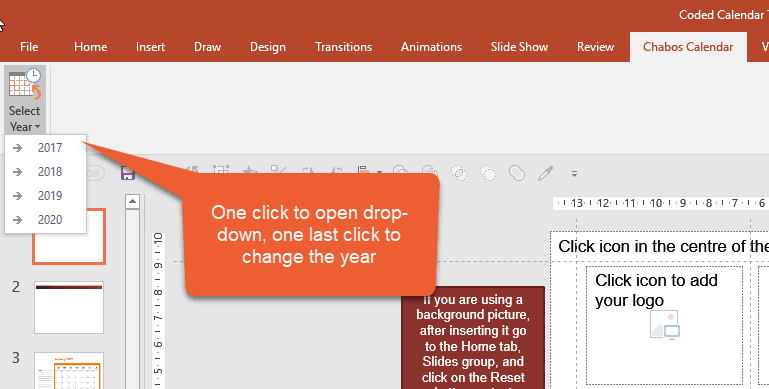 You May Also Like: VBA: Change One Shape to Another in PowerPoint | How to Avoid the Four Biggest PowerPoint Color Mistakes | Use Macros and Scripts in PowerPoint