TJ Walker and I recently recorded a podcast, both on video and audio via Skype.

So what is in this podcast for you? We look at two main areas:

Although the embedded video and audio contain the entire content, the transcript is divided into two posts. This is the first one.

And here’s the first part of the transcript:

TJ: Thanks for joining me today for this special edition, this special co-production with our partner Indezine. I am happy to share with you this interview with Geetesh Bajaj. He is the founder, creator, and head PowerPoint guru at Indezine, which is one of the most trafficked sites in the world, when it comes to PowerPoint, technology slides, aspects of delivery, and creation. Tune in, watch, observe, and I think you learn a lot as I did.

My special guest and co-host is Geetesh Bajaj. He is the owner and founder of Indezine, which is a well-known website and organization devoted to helping people all over the world to use, create and deliver PowerPoint slides more effectively. Geetesh, thanks for joining me.

TJ: You have written books on PowerPoint and created thousands and thousands of decks. Walk us through your process; what do people need to know and how they work with someone like you or on their own to create more effective PowerPoint slides and presentations?

Geetesh: See, the first thing you need to do to create a most effective PowerPoint slide is to not start with PowerPoint. You need to really go and storyboard and decide what you are going to tell the audience? What is the message that they want to hear, rather than what you want to tell them? You know, there are two different things: what they want to hear, and what you want to tell. And, you’ll have to find a way to get something that’s going to work for both of you. OK. 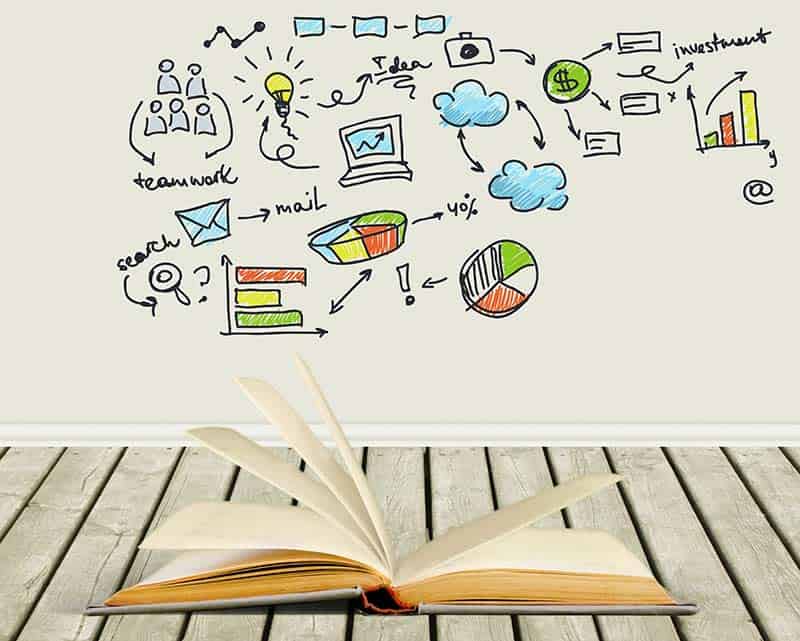 But you know, that’s not all. You may create a wonderful presentation, and you may have a wonderful storyboard, and everything is great. The slide looks good, but what after that? What after your slides are created? What do you do then?

TJ: What do people do? In my experience of working with corporate clients all over the world—that no matter how good people’s intentions are… Let’s have another trial meeting, let’s plan on our goals, let’s block out time for rehearsal.

As a practical matter, someone has been handed off an assignment to create the slide deck. And they start gathering more and more slides, more and more data, cutting and pasting, bullet points, gathering slides from similar presentations from six months ago. Before you know this thing has been created, it’s almost like a ball and chain where the speaker is now swirling, ambling across the stage with this heavy chain. And they feel like there is nothing they can do. They feel captive to the slide deck.

Geetesh: See, there are two reasons why something of this sort happens. And essentially let’s call them two scenarios:

TJ: Walk us through a moment about how you envision the idea of involvement. Let’s say I am Mr. Big Shot CEO of a huge company, and I have got a staff to open doors for me, and everything else. How can I, what shall I be doing when I am working with someone else creating a PowerPoint slide deck with me? Because I often tell people, “if you just try to delegate creating a slide deck, and you are given a slide deck, and that’s it, you are basically guaranteed complete utter failure as a speaker.” You may have a contrarian viewpoint, but let me hear for the audience what you think the proper role for engagement is?

Geetesh: See TJ, what will happen in that case, we have to respect the time of a CEO, or a person in very big position, and that he or she doesn’t have time to go and make slides, and we accept that. But you know, what is the message that they want to give across—they know that. And, they better know the message, because, at the end of the day they are the ones to go and deliver it. So what they need to do is, they have to be more involved right at the beginning of the presentation, and at the end of the presentation. And leave the in-between, longer time, creating the slides to someone else.

OK, so how they get involved in the beginning? The storyboarding process, the thinking process; they need to jot down the points about what exactly they are trying to say. I strongly encourage when I am doing a training session on storyboarding, for people to… it might sound somewhat spiritual, but you know, just close your eyes, think about your audience, and think about what you want to tell them. And what is it that they want to hear from you. And just take a piece of paper—a hundred words, two hundred words, write it down over there. And you will be surprised what people come with. They never imagined that this is what they want to say. And that’s what I would just call their macro-statement.

TJ: And then, how many total ideas? How many messages, how many numbers? How many facts do you really think is realistic for a CEO or any executive to communicate in a PowerPoint presentation? I am defining communication as not a way for an audience to just understand it, but they remember it. In my own research, I have found that audiences never, and I mean never, remember more than 5 ideas.

Geetesh: No, ideas may be little different than messages, but as far as the message is concerned, there has to be just one message for every presentation. You can’t have too many messages going around. There has to be one purpose, one reason why you are doing a presentation. And that is the single message that you get across.

TJ: How may separate ideas?

Geetesh: OK, now it’s good to term them ideas, but they have to to go (along), you know, and be in tune with that message. So there may be different ideas, but you have to put them all together and form one message out of that. You know, to tell you the truth, maybe you could call them one idea as well. They have to be so chained together to work. Because if you are trying to tell too many things, you are confused yourself. OK? A confused speaker will never have a convinced audience. So when you have to convince your audience, you yourself have to be convinced, and understand what exactly you are trying to tell them.

And you yourself said, a lot of people don’t remember what they have heard in their presentations. What is the purpose of going and telling them something that they will remember or not remember in the next few minutes? Step out of the conference room, and already half the content is forgotten! A day later, you probably remember 25%, and a week later you probably remember one or two slides, or may be nothing. So, is that what the CEO wanted to express himself or herself by? No, right?

So, what they have to do is they have to get a proper focus of the message over there. And that is the thing that you know, they have to give that brief to the person who is creating the presentation.

You know, this is the message that I want to get across to my audience.

And anything that you put on the slides, the content you put over there has to follow this message.

Anything that has got nothing to do with this message has no place to be in the presentation.

And you know, that sort of makes it a lot easier to the presentation designer, creator to go along with. And they end up creating something that the presenter, the speaker can identify with.

At the end of the day, if they end up creating something that a presenter or a speaker cannot identify with, that is of no use. So the presenter, the speaker has to be involved in the beginning and at the end, at (the) least.

« Font Types and Sizes in PowerPoint 2016

Shutterstock Plug-in for PowerPoint on Mac: Conversation with Janet Giesen »