Dynamic Text to Speech in PowerPoint

Dynamic Text to Speech in PowerPoint

When a data change is triggered, you can say a static sentence like ‘Be careful, a train is approaching’. This will be said whenever an arriving train is triggered by our trains database.

Recently a customer claimed that productivity was increased by 25% since the installation of real-time information screens with KPI information and others. Now, the PowerPoint slide show empowered by DataPoint, is giving clear text to speech instructions whenever a new command or assignment arrives. The big advantage is that people do not have to stare at the screens anymore for an update. The dynamic text to speech functionality is helping them to get attention at the moment of the update. 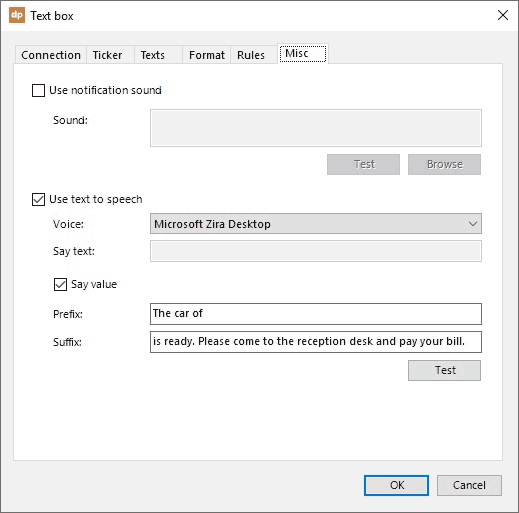 Kurt Dupont, based out of Belgium heads PresentationPoint, a company that creates several amazing PowerPoint add-ins. After his Computer Science studies, Kurt started with Andersen Consulting (Accenture nowadays) in Brussels. After 3 years he moved to the Brussels Airport Terminal Company that runs the Brussels airport – this last placement inspired the start-up of Take-off (now known as PresentationPoint) in 1998.

« Apply Bevel Effects to Shapes in PowerPoint 2016 for Windows

3-D Format Options for Shapes in PowerPoint 2016 for Windows »