Ronen Baran is Powtoon’s Head of Product & Strategy and Acting COO. After earning his MBA at UCLA, Ronen led strategic initiatives as a management consultant, and later as a director of corporate strategy at Yahoo!, after which he was the product marketing lead for MarketShare (acquired by Neustar). At Powtoon, Ronen leads the product team, strategic planning, and operations.

In this conversation, Ronen talks about Powtoon.

Geetesh: Can you tell us more about Powtoon, what motivated you to create this product, and how has Powtoon evolved?

Ronen: Our CEO, Ilya Spitalnik, needed a way to make a pitch for clients that wouldn’t put them to sleep or drive them to secretly browse Facebook under the table. But when he looked into the cost of creating a professional animated video, it just wasn’t scalable. He realized that if he was having this problem, then many other entrepreneurs were having this problem too. Our founding team got together right then to begin creating the alpha version of Powtoon.

Since we launched, we noticed Powtoon was adding awesomeness to more than just startups and solo entrepreneurs. Teachers and students were using it to make lesson plans, homework, research reports, creative videos and more. And professionals from corporate training and L&D teams, HR departments, IT, and all kinds of internal comms professionals were using Powtoon to create training videos, policy updates, recruitment announcements, employee onboarding, sales enablement, hackathons, safety and compliance training.

When we reached out to these customers to understand why they were using our software, we kept hearing the same things: “Powtoon makes our audience sit up and pay attention.” “Powtoon has that ‘Wow’ factor.” “In this world where it’s so hard to grab attention, I need video to compete.” “Powtoon is fun to use.” “Powtoon is so easy, it makes me feel like I just cheated on a test.” 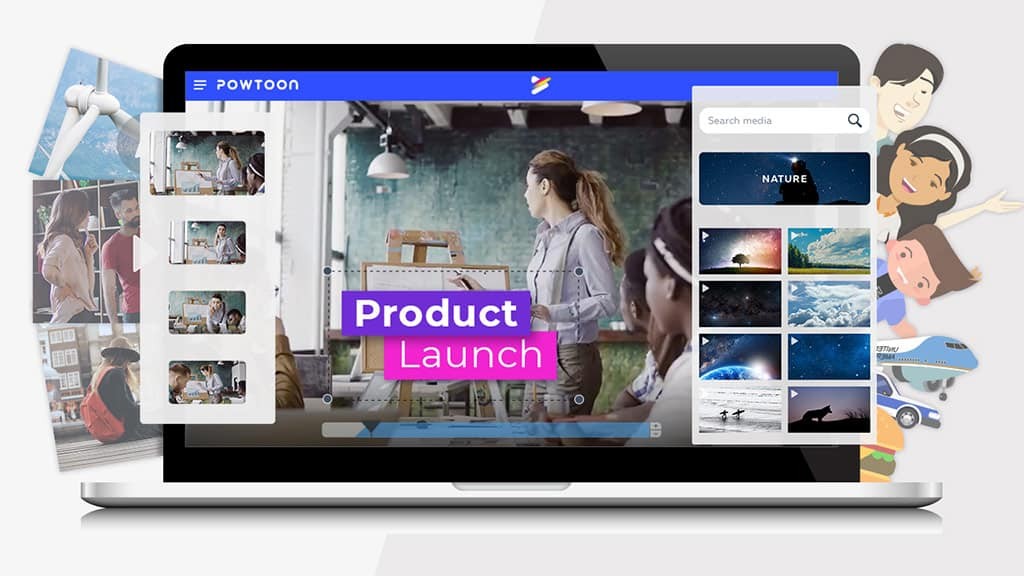 In the last two years, Powtoon has evolved massively. We rebuilt the entire platform in HTML, which has enabled live-action video capabilities and expanded Powtoon’s uses across even more areas. We launched an enterprise platform, integrated with leading stock providers, and built an enormous library of templates, scenes, characters, and media — and have partnered with tech giants such as Microsoft, Adobe, Google, HubSpot, and many others.

Powtoon now serves over 25 million users worldwide, from solo creators, to teachers and professionals, to professional agencies and large enterprises.

Geetesh: Powtoon is an amazing, independent program, but since we are a presentations-related site, can you tell our users how to complement their PowerPoint and other slideware platforms with Powtoon? Also, I found that Powtoon does have an interface similar to slide programs; was that done to make new users comfortable and productive instantly?

Ronen: I’ll take your last question first: Absolutely. It was key for us to create a familiar user interface that would leverage the UI/UX conventions customers already know and love. Establishing an interface for a video maker that was as simple as a slide deck was essential to shortening the learning curve for new users.

And presenting is also a very important early use-case for Powtoon. In fact, Powtoon is the only platform that enables a user to present in front of an audience and by a click turn that presentation to a video that can be shared with a broader group. In this way, Powtoon is also a slideware platform. 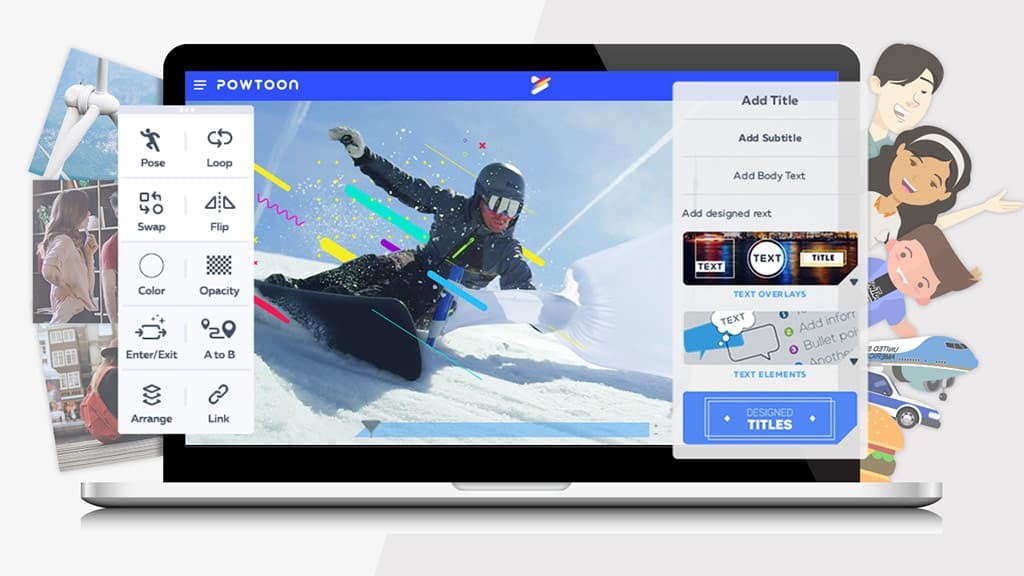 In the past year we developed an integration with Microsoft PowerPoint, which has been a true game-changer for many users. Users can now easily convert a PowerPoint presentation to a video with Powtoon. Furthermore, users can enhance their converted PowerPoints with characters, royalty-free video backgrounds, images, soundtracks, or voiceover. Users can either access this integration from within PowerPoint by downloading the Powtoon Add-in from the Microsoft store, or they can simply upload PPTX files directly into the Powtoon studio. We currently see around 1,000 PowerPoint-to-Powtoon conversions a day. And soon, we’ll add another Add-in in which users will be able to embed Powtoon videos directly into their PowerPoint presentations.

So whether users want to update and animate the work they’ve already done in PowerPoint, or if they like storyboarding their videos in a slideware program before dealing with exact placement and timing of individual elements, this integration can serve all of them.